From its humble beginning as the Erie School Employees Federal Credit Union, Erie FCU has grown to become the largest credit union in Northwest PA. For 85 years, Erie FCU has proudly stood beside you with valuable financial solutions that help hardworking families thrive.

Today, the credit union has 9 locations, including its corporate headquarters at the former Glenwood Elementary School, and nearly 70,000 members. Erie FCU provides a broad array of financial products and services to their membership located throughout Erie and Crawford Counties. But Erie FCU’s story actually began more than eight decades ago, when credit unions first started to take shape in the United States. 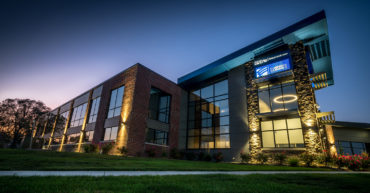 Erie Federal Credit Union’s roots can be traced back to June 1936 when ten local educators recognized the need for a member-owned, cooperative, financial institution. These same educators combined their own financial resources to establish the Erie School Employees Federal Credit Union and embraced the credit union philosophy of “people helping people”. From these humble roots, they began serving members with meager means and a very small staff of one. The first office was located in the home of a Board Member where they served the membership until 1973, when the first Erie FCU branch office was built on East 38th Street.

On May 2, 2003, Erie FCU was granted a Community Charter, which allowed the credit union to open up membership to those who lived, worked, worshiped or attended school in Erie County, PA. Four years later in 2007, Erie FCU was approved to expand its community charter to include Crawford County, PA as well.

It has been stated that the fastest way to achieve success is to first help others succeed. Erie FCU is committed to helping build strong communities and making a positive impact where they live and work. Their community outreach initiatives, led by the efforts of staff volunteers as part of Erie FCU’s #TeamAOK, delivered on this promise by supporting various events throughout the year. Erie FCU’s outreach efforts have been recognized numerous times for their community service locally, regionally and nationally.

Erie FCU is owned by their members, not shareholders and is “for people, not profit”. As a member, you’re not a customer or a number. Erie FCU's focus is on serving you and your family with exceptional financial products while providing "five star" member service. Experience the credit union difference today!