A glimpse of our new Fairview Branch that will be located in Fairview, PA! The new branch is slated to be built later this year on route 20, just east of Coach USA and across from Holy Cross Church. 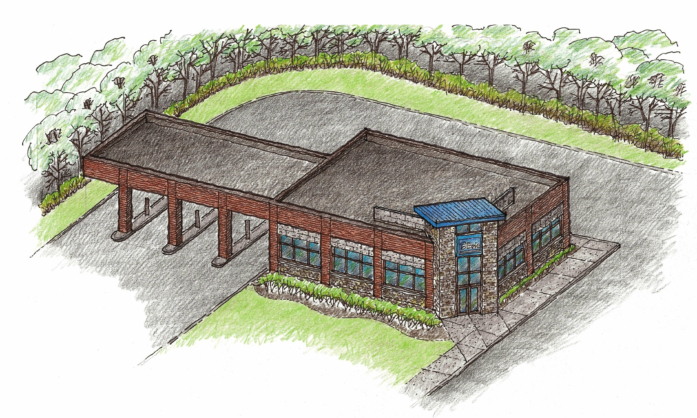 Get a head start and open an account or join today!

Or, set up an appointment to learn more of what an Erie FCU membership could mean for you!

We can’t wait to serve YOU! Spread the word and stay tuned for more “sneak peaks”.

ERIE, PA (February 7, 2022) - Erie Federal Credit Union (Erie FCU), northwest Pennsylvania’s largest credit union, plans to open a new full-service branch in Fairview, PA, tentatively scheduled for late this year. This will become the credit union's 10th branch and first location in western Erie County. This will also be the credit union’s first new location since the adaptive reuse of the former Glenwood Elementary School and construction of its Glenwood corporate headquarters and branch on Peach Street, which opened in June 2017.

Plans for the branch are still being finalized, but the project calls for new construction located along one of the most trafficked roads in the Fairview area. The credit union closed on the parcel slated for development in June 2020.

Brian Waugaman, CEO of Erie FCU, said the Fairview branch is an essential piece of the credit union’s strategic plan to better serve its members by expanding our footprint across the region. “Our members spoke, we listened,” Waugaman said. “We already have thousands of members living and working within a few miles of this planned new location and we look forward to serving them with greater convenience while also welcoming new members, so they too can enjoy the benefits of credit union membership and 5-star service provided by Erie FCU.”

The new branch will feature banking amenities such as multiple drive-up lanes, a drive-up ATM, a warm, welcoming environment and private offices for meeting with members. Waugaman added, “We are excited to invest in the Fairview community with a modern facility, which will greatly expand our current and future members’ access to their Erie FCU accounts. While we believe our mobile and online technology is top notch, on-the-go members also want in-person access to friendly, knowledgeable financial professionals”.